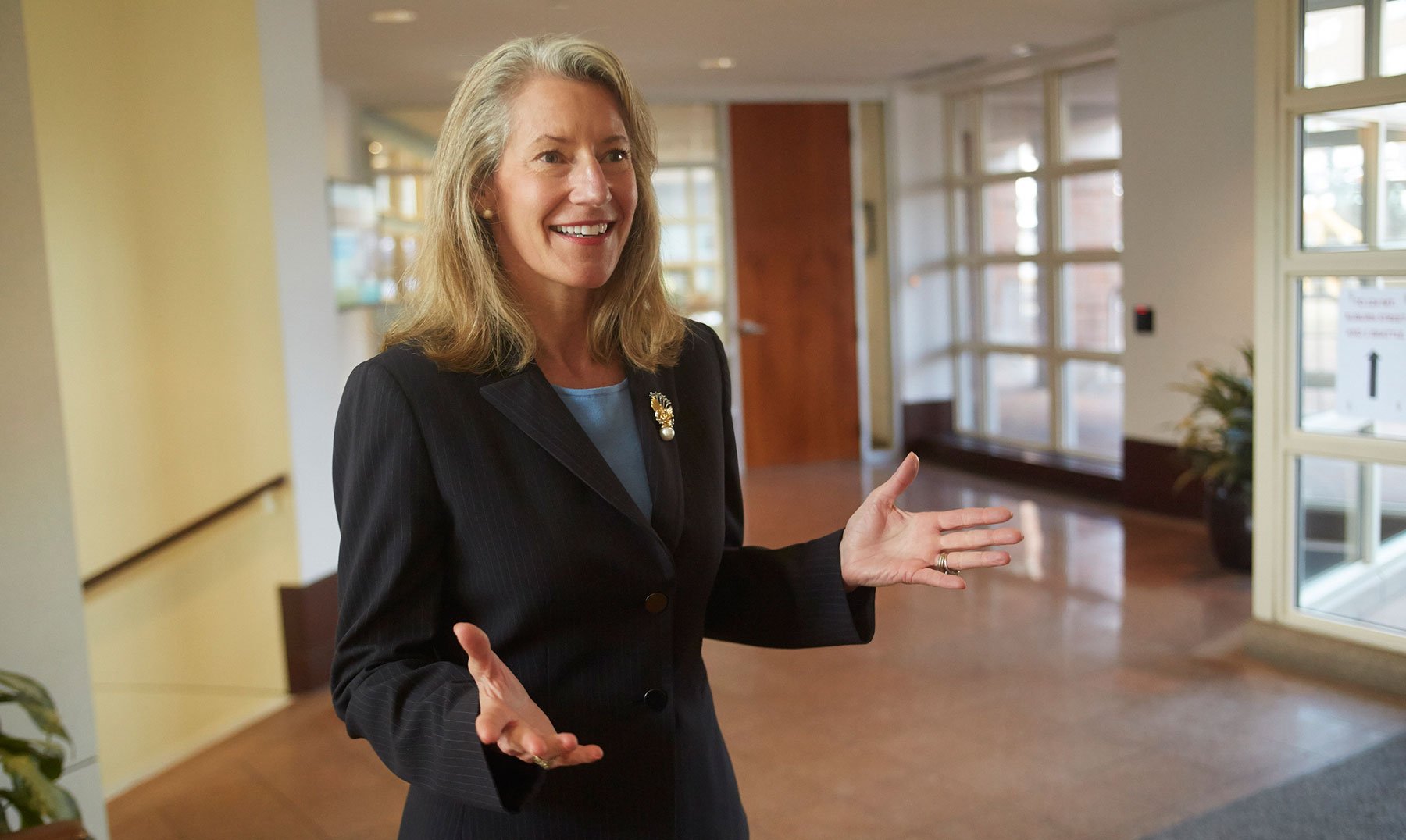 Dr. Born is a retired Brigadier General with 30 years of service in the United States Air Force.

Prior to coming to Harvard, from 2004-2013, she served two terms as the Dean of the Faculty at the United States Air Force Academy where she was also the Professor and Head of the Behavioral Sciences and Leadership Department. Previously, Dana served as an Exchange Officer with the Royal Australian Air Force, Assistant Director for Recruiting Research and Analysis for the Assistant Secretary of Defense (Force Management Policy), Deputy Chief of the Personnel Issues Team for the Department of the Air Force (DC/Staff Personnel), Aide and Speech Writer to the Secretary of the Air Force, Squadron Commander for 11th Mission Support Squadron at Bolling AFB, DC and in Afghanistan in support of Operation Enduring Freedom.

Born is the recipient of the Secretary of the Air Force’s Eugene M. Zuckert Award for Outstanding Management Achievement, Air Force Association’s Hoyt S. Vandenberg Award for outstanding contributions to Aerospace education, Air Force Distinguished Service Medal, Legion of Merit and Defense Meritorious Service Medal. She has been honored with the Harvard Kennedy School (HKS) Annual Teaching Awards 2014-2020 as well as the Harvard Kennedy School of Government Innovation in Teaching Award in 2017.

Dr. Born is an Independent Director on the Midwest Reliability Organization Board serving on the Finance and Audit Committee and the Governance and Personnel Committee; a Trustee on the Board for DeVry University serving on the Audit and Finance and on the Academic Quality and Student Success Committees as well as the United States Air Force Academy’s Falcon Foundation – serving on the Strategy and Governance and the Scholarship Committees; Supporting Director on the Air Force Academy Foundation Board; Past President of the Massachusetts Women’s Forum; Senior Consultant for the Core Leadership Institute; Peer Evaluator for the Higher Learning Commission; Member of the Women Corporate Directors, International Women’s Forum and Council on Foreign Relations; Council Member on Boston Mayor’s Pay Equity Workforce Council; Advisory Board Member for ”With Honor;” and “A Child’s Guide to War” documentary, “Blue Star Families,” Senior Officer for Mission: Readiness; Past-President of the American Psychological Association (Society for Military Psychology) and previous Independent Director on Board of the Apollo Education Group having served on Compensation, Audit and Special Litigation Committees.

As a Distinguished HOW Fellow, Dana is a teacher, and mentor with The Institute’s NXT-GEN Fellowship for Moral Leadership.  She is also a host of the HOW Conversations video series and podcast.

“In today’s world, moral leadership is the Polaris enabling individuals to soar and inspire their organization to the next level of excellence.”
Lloyd Chrein2023-01-06T22:42:58+00:00
Go to Top